What makes us different from other similar websites? › Forums › Tech › Pixel Fold › Reply To: Pixel Fold

According to a report from DSCC (Digital Supply Chain Consultants), Google has confirmed to multiple supply chain sources that its “Pixel Fold” has been shelved and won’t be released to market. Though some outlets are reporting a cancellation, the report doesn’t clearly specify whether the Pixel Fold is actually cancelled or delayed indefinitely.

DSCC has confirmed with its supply chain sources that Google has decided not to bring the Pixel Fold to market. Not in 2021 and reportedly not in the first half of 2022. Our sources indicated that Google believed the product wouldn’t be as competitive as it needed to be.

The author of the report specifies that Google has reportedly cancelled its orders for the parts. 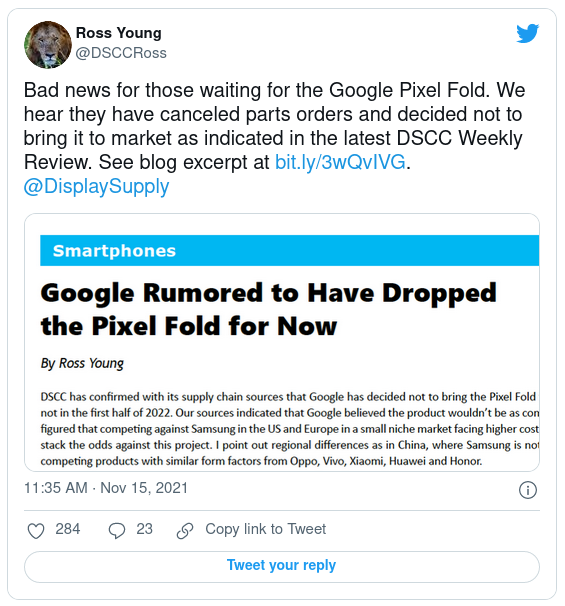 It’s difficult to say exactly what Google is going to do about the Pixel Fold, particularly since Google hasn’t even acknowledged that it is working on a foldable device. Just like the original report about the Pixel Fold happening, and then this report that says it isn’t, it’s all speculation.

Google perhaps figured it was not the right time to compete in the foldables space during a time where supply chains are still feeling constraints. At the same time, the cost of many components has risen over the last couple of years, making it more of a challenge to compete with Samsung’s third-generation flagship foldable: the Galaxy Z Fold3. 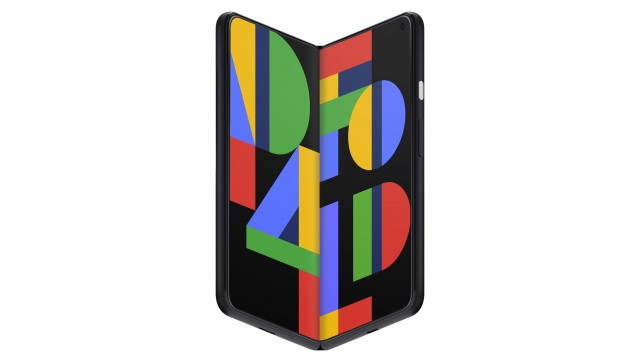 The foldable Pixel device would have featured the same dual-camera setup as the Google Pixel 5, including dual 8MP selfie cameras – each for the internal and external displays. Meanwhile, the internal screen was expected to be a 7.6-inch LTPO OLED screen made by Samsung.

There are no users currently online